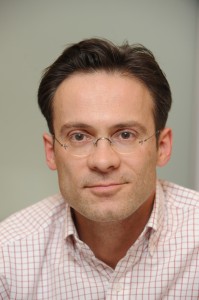 As an architect, civil servant, and engaged citizen, Peter Verhaeghe is familiar with citizen participation from several perspectives. He will be speaking at the PEP-NET Summit and taking part in a discussion about transparency, public participation, and architecture. He will argue that architecture is by definition co-productive and that an architect must build confidence by reconciling political pressure and pressure from citizens in a transparent manner.

Peter works as an architect for the Brussels Capital Region in Belgium. He is also a member of the citizens’ group stRaten-generaal. stRaten-generaal was awarded the Flemish Democracy Prize for its work in organising citizens against a proposed viaduct in preference of a tunnel.

Full details and registration for the PEP-NET Summit can be found at amiando.com/pep-net.