The European Parliament will proclaim the United States of Europe? EU will grant basic financial security for all its citizens? After so many rejected referenda and strong suspicions against European politics, these ideas sound out of touch. However, they are just two examples from 16 solutions worked out by 361 citizens – randomly chosen in Germany – during a citizens’ dialogue about the EUs future. 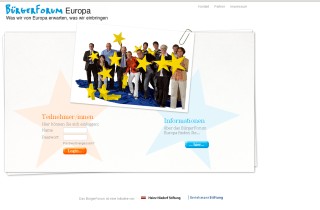 Special about these ideas is that they were not gathered in a quick opinion poll. Instead they are the result of a focused discussion, combining offline- and online debate, in which citizens tested and qualified their original opinions. What are the abilities of such an online dialogue and where are its limitations? European Elections will be held in June 2009. But voter’s attention started quite low: In February only 30% of the European citizens were sure that they want to cast their votes for a new European Parliament. 62% did not even know that the elections will be held. 361 citizens living in Germany proved themselves to be very interested in the European Elections and in the future of the EU. From January to April 2009 they participated in the BürgerForum Europa and discussed challenges and solutions for Europe.

German chancellor Merkel: “You are involved in something very exciting.”

The BürgerForum Europa has been initiated by the German Bertelsmann Foundation and  Heinz Nixdorf Foundation. The organizers developed a combination of live events and online discussion. In February 2009 all participants met in Berlin to choose the topics for their debate. In the following two month of intense online debate they completed an agenda consisting of 16 solutions. In April 2009 the participants met again, this time in the old German parliament building in Bonn, and discussed their demands with five candidates for the European Parliament. This project-design was chosen to show new options for citizen participation. Instead of asking experts only, the organizers wanted to learn about citizens’ opinions, ideas and impulses, said Guther Thielen, chairman of the Bertelsmann Foundation.

The 361 participants, chosen at random, came from very diverse socio-cultural backgrounds and cover a wide range of professions, age, education – and opinions as well. The live event in Berlin got attention from high-ranking politicians: German chancellor Angela Merkel visited the participants and discussed Germany’s role in the European Union. “You are involved in something very exciting,” said Ms. Merkel. “I really welcome this initiative. We want the citizens to know something about the European Union and I think it’s very favourable that you do not only read about Europe, but work on your own ideas as well.” 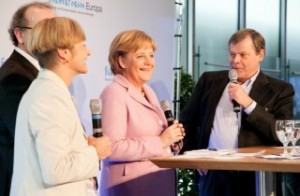 An online platform for intense and focused debate

In Berlin, the citizens discussed first approaches for their agenda, framed challenges and thought about possible solutions. Challenges and solutions were transmitted to an online platform, where the participants completed their agenda in ten weeks of intense debate. They worked together in eight committees: constitution, institutions, European identity, social policy, resources and European law were some of the topics in question.

The online platform was planned and moderated by Zebralog. It is based on the software “discoursemachine 5” by Binary Objects. Contrary to classic online forums, the BürgerForum consists of special workflows which enable hundreds of people to work together efficiently. “Citizen Editors” assure the balance between contradictory opinions, votes and rankings condense comments to a concrete outcome, and moderators foster a balanced participation and a transparent process. These workflows base on Zebralogs long-time experience with online-dialogues.

Participation was unusually high compared to similar projects: 96% of the members wrote comments, 80% to 90% participated in the online votes and rankings. All in all about 10.000 comments were gathered during the online discussion, of which 7.355 regarded to the debate about the solutions.

The online discussion is followed by a phase for more classical PR: organizers and participants share the task to promote the citizens’ agenda in the general public and to inform political executives. Amongst other things the online platform has been redesigned to enable a deliberation between thousands of people – with a minimum of human moderation. The original participants themselves guide through the online tool, so that users are welcomed by real people from the most diverse backgrounds. This brings an individual appeal to the discussion and adds authenticity to the process. Part of the online tool is also an election appeal. 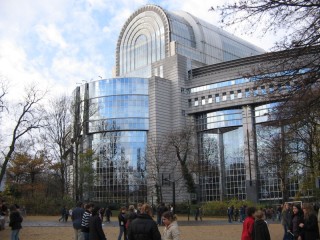 This citizen dialogue was already the second of its kind – a pilot project was carried out in 2008 with the “BürgerForum Soziale Marktwirtschaft”, a citizens’ dialogue about social market economy. The pilot projects methodical conclusions have been an important foundation for the recent project.

Looking at the experience from a broader perspective, we can consider the following accomplishments and limitations: