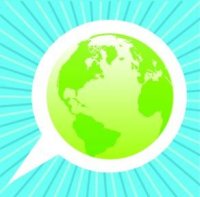 Eleven international news agencies have launched a joint Facebook page to interact with news consumers across the globe during the United Nations climate conference in Copenhagen.

The Facebook fan page, called The Climate Pool, will bring the news agencies together in an unprecedented collaboration to spark a global conversation about climate issues. The purpose of the Facebook hub (https://www.facebook.com/TheClimatePool) will be to engage readers in direct communication with the world-class journalists covering the U.N. conference Dec 7-18.

Participating are Agence France-Presse, ANP of the Netherlands, The Associated Press, APA of Austria, APcom of Italy, Canadian Press, dpa of Germany, Kyodo of Japan, Lusa of Portugal, Press Association of the United Kingdom and RIA of Russia.

The climate page on Facebook will feature a blog format, providing a behind-the-scenes view of the event and linking out to important coverage of the talks from the agencies and the media outlets they serve. Twitter also will be used to attract followers for the blog and related coverage.

The agencies have come together for the Copenhagen project under the auspices of MINDS International, a global news agency network.

“The climate summit in Copenhagen will affect the lives of billions of people, and it is likely to grip the attention of news consumers all over the world,” said Wolfgang Nedomansky, managing director of MINDS. “The Climate Pool will provide a unique outlet for Internet users to discuss climate change with some of the world’s most experienced journalists covering the conference.”

The Climate Pool page will be produced in English and will incorporate blogposts and multimedia content from the participating agencies, along with links to coverage from around the world.

The Portugese News Agency, Agencia de Noticias de Portugal (LUSA), partner of EMPOWER, an eParticipation Trial Project co-funded by the European Commission under the EU eParticipation Preparatory Action, is a leading force behind this interesting initiative.

The eMPOWER e-Petition platform will serve as an interface between decision-makers at National and European level on one hand and NGOs and citizens on the other hand, while using and testing new forms and methods of civil participation as well as enhancing the role of National News Agencies in promoting and supporting relevant initiatives and ensuring a wider outreach of the project’s results.