It is generally accepted that availability of public and parliament data in standardized formats like XML helps to increase transparency. Websites like Recovery.gov, which gives detailed information about the use of public funds to strengthen the economy in the USA, have been praised for being great examples of this kind of transparency increase, but are set up and managed by government organisations. But data availability does not mean but itself that this data is accessible to ordinary citizens in every case. Even though organisations and programmers may be able to make use and sense of data presented in a very rigid and standardized way and make it accessible to the public, ordinary citizens might be overwhelmed and unable to put the data to real use. Last weekend a new platform has been launched which may be the definite answer to this problem. 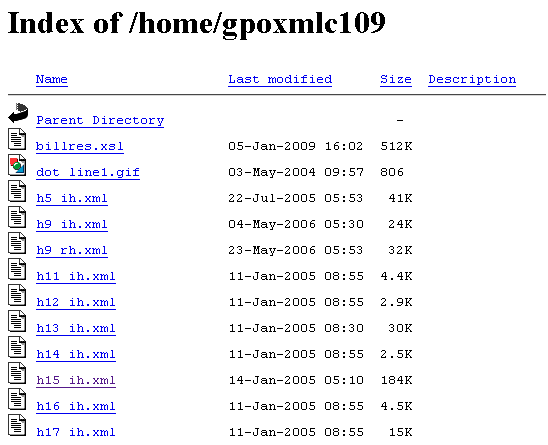 The Wolfram Alpha computational knowledge engine has been developed by Stephen Wolfram, who is one of the most respected physicists of our times and the developer of the Mathematica computation engine. Its self-described goals are to:

Make all systematic knowledge immediately computable and accessible to everyone. We aim to collect and curate all objective data; implement every known model, method, and algorithm; and make it possible to compute whatever can be computed about anything. Our goal is to build on the achievements of science and other systematizations of knowledge to provide a single source that can be relied on by everyone for definitive answers to factual queries.

Wolfram Alpha has been compared to Google and other search engine over the course of the last weeks. This comparison however misses the point that Wolfram Alpha is not a search engine but a machine that translates a question into a mathematical problem which is tries to solve using the available data. Furthermore it does not present search results but a report as the result and answer to the question. In summary the aim of Wolfram Alpha is nothing less than to build a machine which is able to answer all questions which can be answered by combining available data sets. 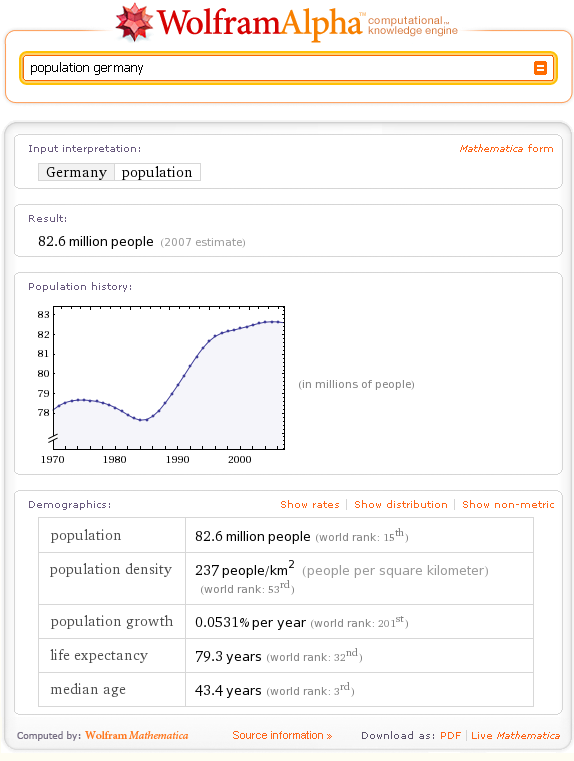 If a machine like the one described would have access to government and public data it may be able to answer almost all questions related to this data. The need for a third party which makes the data accessible would be reduced significantly. This means that the barrier to access government data would be lowered for a much larger set of people than the situation permits right now. Of course Wolfram Alpha and its potential brothers and sisters are still in a very early stage but the potential for increased transparency and accessibility of knowledge and data in general is immense.

The eParticipation community should keep a close watch on development like this and try to identify how to integrate this technology and approach into the already existing used platforms and participation processes.