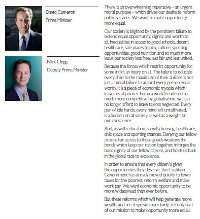 I just stumbled across the UK Government’s Open Public Services white paper from July, which outlines the Government’s plans for reforming public services to make them more efficient and bring them closer to citizens.

A short section is dedicated to the role of open data in public services  (page 19, or page 21 of the PDF). Under the heading “Using data to support choice”, the primary role for open data in this paper is allowing people to compare services and enable them to make a choice on which of them to use.

On top of that, the paper mentions a “right to data”, but this appears to be limited to existing datasets that already exist in electronic form — “… when useable datasets about public service performance and funding are not being published …”. This is reinforced by the phrasing of the commitment “… we will ensure that the datasets government collects are open and accessible …”

There will be some movement on the datasets that are collected, which the paper argues should reflect the wishes of service users, i.e. the kind of information that they would wish to base their decisions on. As the paper rightly flags up, there is an issue about whether to require public sector organisations to collect standardised information, which would mean less influence for individuals but greater comparability, or allow more account to be taken of local needs.

Reading (this part of) the paper, it becomes clear that the devil is in the detail of open data: how to decide which datasets to invest money in collecting? How to respect user choice whilst maintaining comparability? And how to avoid making the whole thing hugely bureaucratic? With all the talk of more choice, meaning different service providers for the same service, and the necessity to collect data for each of these service providers to enable comparisons, there is actually another layer of granularity that the regime of National Indicators for measuring local areas’ performance didn’t require.