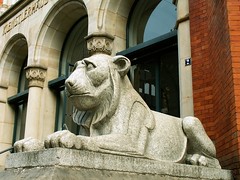 The Region of Hanover (yes, that’s the correct English spelling) has dropped its Facebook page due to data protection concerns. Kommune21, an E-Government magazine, reports that recent statements from some of Germany’s regional Data Protection Commissioners (the best known example coming from Schleswig-Holstein) led the region to take drastic steps, despite the advantages of the Facebook page in reaching younger users.

As Berlin celebrates its millionth Facebook fan, this will continue to keep concerns about data protection protection high on the agenda. The Schleswig-Holstein Data Protection Commissioner’s controversial findings earlier this year ordered all organisations in his state to drop their Facebook pages and cease to use the Facebook ‘like’ button on their websites. This is because data about users is sent to servers in the US and, according to the Commissioner, not enough is done to inform users about what data are collected and what happens to them.

The Commissioner also raised concerns about the use of the Facebook “Like” plugin, which allows users to recommend a page to their Facebook friends by clicking on a button on the website concerned instead of pasting a link onto Facebook. It would appear that information about users, even those who do not have Facebook accounts, are sent to Facebook and logged-in users of the social networking site can be tracked across websites.

At the start of September, Heise, a German publisher, got itself into trouble with Facebook for developing a ‘Like’ plugin that first has to be activated by the user, in order to avoid sending any data to Facebook without the user’s consent. The dispute appears to have been resolved since Heise developed an alternative logo and only shows the Facebook logo once the user has clicked on it to activate the sharing function. You can see it in action on heise.de (the ‘Empfehlen’ button at the end of each article).