Only articles in with the "Facebook" tag are displayed

by HubSpot on flickr.com

Over the course of the last weeks and months the discussion about privacy on Facebook and other social networks has become ever more intense and heated. A quick look on Google news for example reveals more than 4.000 news articles about this issue. One of the initiators for this debate was decision by Facebook to (again) change its approach to privacy by making more information about its users public by default. If you would like to get a feeling about the level of publicity Facebook profiles have reached just take a quick look at youropenbook.org (a search engine for all public status updates) or reclaimprivacy.org (a tool that allows you to scan your privacy settings and show you what is public).

In this climate of rising distrust towards Facebook many digerati and web users have stated the need for an alternative social networking infrastructure that allows for more control by the user without making the management of your online privacy to complicated.

END_OF_DOCUMENT_TOKEN_TO_BE_REPLACED

As the election campaign in the UK gets up to speed, PEP-NET member the Democratic Society is working with well-known blogger Kevin Anderson and social media consultancy FutureGov to focus discussion on political issues rather than personalities.

Through a blog, a Facebook page and a Twitter hashtag, the TalkIssues campaign provides information on the different parties’ policy announcements, and a space for discussion and debate.

The first televised debate between the party leaders is tonight (Thursday), and TalkIssues will be covering it live on Twitter and on the blog. Closer to election night (6 May), we will also be trying to arrange election meetups in various locations around the UK.

Any PEP-NET members who are interested in keeping in touch would be welcome to sign up for the Facebook page or follow the hashtag. Anthony at the Democratic Society is the person to speak to if you would like to discuss what’s happening.

Social Networks are not only a place to meet and greet your friends online. They are becoming more and more ubiquitous and especially - but not only - for the young generation they are an alternative tool for sharing information and news. Some Social Networks promote the exchange about political topics with special tools. Let’s take Facebook for example: Facebook members can not only write on their friend’s walls, share personal messages, and follow their friend’s timeline; users can also create or become members of groups and feature so called causes. In this way they express their political views, take part in political discussion or simply show their support for certain causes on their profile.

Facebook members use group feature to discuss about the European Union

Facebook does not provide concrete figures about how many groups deal with political topics. But there are a lot of them, creating a buzz about current political events as well as about long-term processes. Given the mass of users located in the European Union, it’s hardly surprising that a number of groups are also concerned with specific European topics. If searching for the term “European Union”, you get far more than 500 results, including groups like FOR A “EUROPEAN UNION” NETWORK, At least 400 million EU citizens don ‘t want Turkey in European Union !!!!, Females In Front - EU or anti-European groups like I Declare Myself Not a Citizen of the European Union.

Looking at this lively group culture, the questions pops up: Can social media like Facebook help to create a European Identity?

END_OF_DOCUMENT_TOKEN_TO_BE_REPLACED

Recently, the Austrian capital Vienna launched an extensively advertised eParticipation and discussion platform called Wien will’s wissen (Vienna wants to know) for the referendum in February. By now most of the citizens have already received their ballot papers by mail, but they can also participate in online discussions.

Vienna’s government wonders about citizen’s opinions with an online platform going along with the referendum (Volksbegehren). The selection of the topics of the referendum was based on the orientation on factual issues as opposed to ideological ones.

The online platform is to be seen as an additional information and discussion service for the exchange of ideas between citizens and experts. Online contributions and comments can be made on the topics of the referendum. (Citizens will be asked five questions about prospective decisions of the Viennese government.) Plus, contrary statements of two experts – amongst them bloggers and media experts – referring to one of these questions are published.

By registering on the platform with an username and e-mail address everyone is offered the opportunity to submit questions and statements or to comment on the postings of other users. Before going online, all comments are reviewed by editors in order to ensure that people stick to the netiquette.

The platform is joining the trend of implementating social networks by including the possibility to use an existing Facebook account for comments. Users can use their accounts for uploading videos or pictures related to the five topics. In doing so, people should be persuaded to voice their concerns without having to go through an additional registration process.

END_OF_DOCUMENT_TOKEN_TO_BE_REPLACED 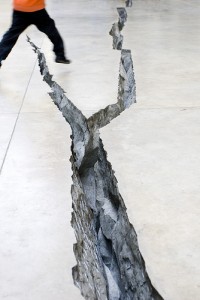 According to Ms. Boyd Myspace can be called the “ghetto of the digital landscape” while Facebook is frequented by the “white, educated and privileged”. Besides the fact that there are very different demographics on these two social networks it has also been found that the divide between these user groups is very hard to overcome. Ms. Boyd goes so far as to state that: “There’s a cultural wall between users” and “If there’s no way for people to communicate across the divide, you can never expect them to do so.” This shortened result is based on a four year dissertation study called “Taken Out of Context - American Teen Sociality in Networked Publics” and is summarized in her paper for the PDF “The Not-So-Hidden Politics of Class Online”. END_OF_DOCUMENT_TOKEN_TO_BE_REPLACED

Each of the main parties makes use of ICT in some form and in variety of ways and degrees. The table below outlines the use of websites and social networks (or Web2.0 technologies). END_OF_DOCUMENT_TOKEN_TO_BE_REPLACED 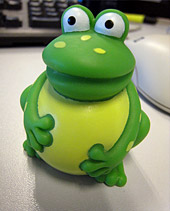 We all know about the benefits of social networking but what about the pitfalls? The obvious one is distraction – it is estimated that social networks cost UK businesses £6.5 billion a year in lost productivity. That doesn’t mean I’m in favour of blacklisting such sites; instead I would encourage corporations and public bodies to update their IT ‘acceptable use’ policies accordingly.

However, there are more sinister forces at work. The idea of being ‘friends’ with somebody you haven’t met might be good for kudos but can you be confident of their identity? Trust is an old online problem with worryingly few checks and balances in the social networking field.

I’ve observed that people are generally less alert in these environments too – for example, more likely to click a link in a Twitter feed than in an email. I don’t think people realise that social networking accounts are increasingly attractive to scammers and hackers. For example, when Obama’s Twitter account was hacked at the start of the year it offered the perfect springboard for spam.

The nature of the beast is also the problem. Twitter is a prime example – it has an upper character limit so people tend to use short URL generators like TinyURL. This makes it easier to cloak your final destination. Facebook, on the other hand, allows ‘non-certified’ applications to be installed and as a result many have fallen foul to malicious widgets. [Firefox users’ note: there is an excellent add-on called LongURL mobile expander which can be used to reveal the final destination of web redirectors].

An experiment by IT security firm Sophos tested the integrity of Facebook users back in 2007. After setting up a profile in the name of “Freddi Staur” (an anagram of ‘Fraudster’, pictured here), they sent out 200 friend requests and waited to see what would happen. A total of 87 people responded and of these 82 leaked ‘personal’ information such as full dates of birth.

In addition to these findings, Sophos ‘poked’ a further 100 random Facebook users to see if this form of communication would elicit the same response and encourage people to let Freddi access their details. However, just eight people responded, with only five revealing personal information.

With increasing scope for security lapses in eParticipation land, PEP-NET should take note.