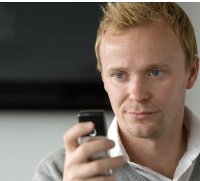 Morten Meyerhoff Nielsen, of the National IT and Telecom Agency in Denmark, will be delivering a keynote speech at the PEP-NET Summit on 23rd September 2010, standing in for Noella Edelmann who unfortunately had to withdraw for personal reasons.

Mr Meyerhoff Nielsen is currently working on strategic development of the national citizen portal, www.borger.dk, revolving around the implementation of an updated MyPage functionality together with five municipalities, performance management and key indicators, reuse of public sector information (Gov 2.0), potential cooperation with the Danish Bankers’ Association, and use of  and Web 2.0 and social media on the portal. The MyPage functionality allows every Danish citizen to see what information is held about them and access public information and services electronically. The updated functionality will, in addition to a host of other functions, allow increased personalisation - e.g. by adding municipality, household, spouse and children specific information and access - but also two-way, digitally signed, electronic communication with public sector organisations.

His current and previous employment has taken him across disciplinary and national boundaries, including: the Danish Technological Institute, Policy and Business Analysis (a founding member of PEP-NET); Centre for Development of Enterprise; the European Commission, Directorate General for Development; the European Institute of Public Administration; and the University of KwaZulu-Natal in South Africa. Mr Meyerhoff Nielsen has picked up a great deal of knowledge along the way, boasting wide-ranging expertise from international development and foreign direct investment to comparative eGovernment, via knowledge transfer to SMEs in developing countries.

As an expert in eParticipation and many other governance-related areas, Mr Meyerhoff Nielsen has authored and co-authored various publications, regularly presents at conferences and workshops, and is a guest lecturer at the European Institute of Public Administration, École Polytechnique Fédérale de Lausanne and Maastricht School of Management. He has been a jury member of the national eGovernment Awards in Sweden since 2008 and the Sultan Qaboos Award for Excellence in eGovernment in 2010.