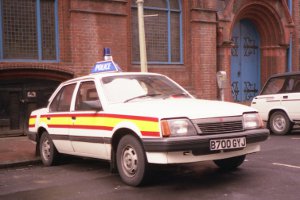 Greater Manchester Police have been using Twitter to demonstrate how many incidents are reported in a day, and showing the variety of things they have to deal with, according to this article on BBC News.

Interestingly, the justification for the project — in which the force tweeted every incident it was involved in over 24 hours –  was not transparency per se, but to give an insight into what police officers do, and counter the public’s perception that policing is about “cops chasing robbers and locking them up”.  So clearly it has a strong campaigning element it, in this case aimed at changing the indicators against which police performance is measured.

Is it acceptable for public bodies to determine which information to release according to the message that they would like to put out about themselves? Put in those terms, probably not. If we want people to be active participants in public services they need to have access to quite comprehensive information that is ready when they need it and not released only when it suits the public body concerned.

However, I think it is perfectly legitimate for public services to promote understanding of the realities that face them as this is fundamental to ensuring that political participation is meaningful and yields results that are useful to policy-makers (as Paul Johnston suggested in his speech at the PEP-NET Summit). Sites like theyworkforyou.com are great for promoting scrutiny of public officials (in TWFY’s case elected representatives), but anybody who is serious about making a contribution to public life needs to gain an understanding of the realities that public officials are up against, too.  If they work for you, you have to be a decent manager and be realistic in the tasks you set them!

So yes, it’s fine for public services to do this kind of public awareness work; but it must go hand in hand with real transparency and always with an eye on how it can increase understanding of public service in a way that empowers citizens.