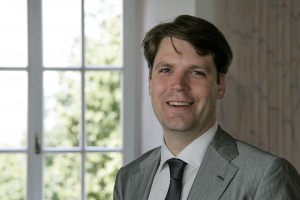 RK: No. eVoting cannot solve non-technical problems, but should be seen as part of a wider picture. The UK voting system has a number of specific issues: weak identification because you don’t need to show photo ID to vote; self-registration rather than automatic registration, which can be a problem when people move house and affect data quality; non-anonymous voting (because in theory it is possible to find out who somebody voted for due to a number on their ballot paper).

In some cases, eVoting could have made the problem worse: the problem in the UK was lack of capacity to accommodate the number of people voting; using voting machines can take longer than the old-fashioned system of stuffing a piece of paper into a box.

The UK has lots of issues it needs to discuss about the electoral system generally, for example its attitude to coalition governments, which are accepted in the rest of Europe, and the so-called “fairness” of its voting system. eVoting should be part of that wider discussion because it needs to be part of an electoral system that is seen as fair.

Having said that, the eVoting readiness survey found that the UK would be a good place for eVoting to be introduced precisely because it has high public confidence in its voting sytem. It came first, above places like Switzerland, Russia and Venezuela.

JH: Where does eVoting fit in to eDemocracy?

RK: I see eVoting as just one – very important – part of eDemocracy. The second is eParticipation, which for me is a modern version of the Greek Agora: public deliberation, discussion and afterwards you have it followed by a vote. Without a reliable voting system, the agora is meaningless. If we are to have modern methods of deliberation, people will expect to have modern ways of voting too. Both together will lead to a new form of democracy.

JH: Apart from that, what are the concrete advantages of eVoting?

RK: It is easier for disabled people to vote electronically. You can increase the size of text on the screen on a voting machine, and can even have a system that uses audio to enable blind people to vote. For people with mobility problems, voting on the internet means they don’t have to leave the house. Votes are counted more quickly and accurately. And yes, it is easier to accommodate larger number of voters with internet voting.

JH: I heard that Estonia introduced eVoting in 2005, and the Austrian Students’ Federation conducted the first legally-binding election using eVoting recently. What is important for a successful eVoting exercise?

RK: You have to get the technology right and have the important stakeholders on board. It is crucial for the voters to have confidence in the system. As with any election, you have to get the basics right, such as anonymity.

People need to see eVoting as a welcome addition to the voting system and have confidence and trust in it.

JH: You just spoke about trustworthiness. Isn’t that a big problem with eVoting?

RK: Paper voting is more tangible because you can hold the paper ballot in your hand, and physically demonstrate that the system cannot be tampered with. People are more likely to trust that kind of system. With eVoting, you cannot hold the ballot paper in your hand.

JH: So are people right not to trust eVoting?

RK: As I said earlier, it has to be introduced into a trusted environment and cannot fix a broken voting system. It is important to offer people a choice between electronic and paper voting.

Likewise, it’s easier to manipulate a paper voting system but the consequences are less catastrophic. To hack an online system, you need lots of expertise and insider knowledge, but you are then more able to sabotage the whole election. Whether you use paper based or electronic voting, you will always have these problems.

JH: I recently heard a discussion that raised the issue of the depth of eParticipation. If people can participate much more easily and without thinking, does this devalue eParticipation? Does eVoting make votes worthless?

RK: We should make voting as attractive as possible, and people should be able to use the easiest option for them.

People who travel a lot (like me) may have difficulty voting, but the internet makes it possible. Some people find voting on the internet is very difficult but it is much easier for them to go around the corner to a polling station because they are always at home.

I agree that people need to take voting seriously enough that they are “returning customers” who don’t vote on something once and never take an interest again. Perhaps eVoting shouldn’t be as easy as clicking “Like” on Facebook, but that is an easy problem to solve. For example, you can introduce smart cards that people need to vote.

So in short: no, this is not a problem that we need to worry about.

JH: Finally, what is the future of eVoting. Will there always be doubts about its security, or will it get better?

RK: There will always be problems, but that applies to any voting system. However, we will overcome these issues because we have to: we will need eVoting in the future whether we  like it or not because voting needs to keep up with the rest of eParticipation.

eVoting is the logical next step in the electronic revolution on the way to a modern democracy!

JH: That was a really interesting chat. Many thanks for your time!