Archive for the ‘open data’ Category

A report to the European Commission recently called upon Member States to step up their efforts to digitise catalogues of cultural works including books and paintings. This presents some challenges which I think help us to reflect on issues surrounding open data.

The act of digitising works costs money and doing it properly – ensuring that prints are of a high quality and high enough resolution to make them useful – can be expensive. As with any expenditure, public organisations have to demonstrate that their investment is justified by a public need or that they can recoup the money by selling what they produce. This is exactly what Birmingham Museum and Art Gallery has done by selling on-demand prints of their works online. The argument that these works are public property and should be available free of charge may hold in principle, but if all works are made freely available then the funding must come from elsewhere or they simply won’t be digitised in the first place.

I think the same applies to open data: the data may be on paper, or uncollected. The act of collating this data simply for the purpose of making it public costs money and this investment will need to be justified against many other competing demands on the public purse. Where data is already in digital form and it is simply a case of putting a spreadsheet on the internet, the argument is more straightforward; but when it costs money to collect it and make it available it is more complicated, especially if the data is already a source of income. Why would you want to give companies that happily pay handsome sums for, say, mapping data this information free of charge? Why spend lots of money collating data that perhaps nobody will use?

The Localism Bill (see previous article) attempts to solve this by releasing data according to the wishes of local residents. I think we should be exploring other ways of ensuring that data remains a source of income whilst being available for people like community activists and volunteers who want to use data to improve their surroundings.

Public authorities should think about making data available under a Creative Commons licence. This could allow them to preserve their income streams by prohibiting commercial use, whilst allowing people to use the data for personal and voluntary means. It may even encourage more people to buy their datasets by giving them the option to “try before they buy”. Further, there may be some instances where a private company can work with a public authority to collect data for its own purposes and at its own expense. By obliging the company that collects the information to make it available for non-profit public use, this may be a way of covering the costs of data collection whilst retaining the principle of openness.

Conference for E-Democracy and Open Government 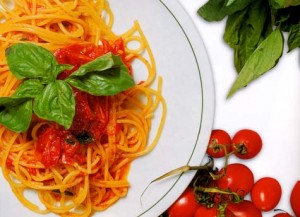 It may sound like a film at your local independent cinema, but “The Citadel Statement” is actually the name of the Flemish Government’s online debate amongst European eGovernment practitioners about how to realise the aims set out in the 2009 Malmö Ministerial Declaration.

The initiative’s website states that progress towards achieving the Malmö vision has been limited because it has not been translated into on-the-ground progress. By submitting suggestions for ways in which national and EU-level decision-makers can help local government achieve the Malmö objectives, or voting on other people’s suggestions, users will contribute to the Citadel Statement to be presented at a special pre-conference on 14th December, in advance of the Flemish Government’s “Lift Off Towards Open Government” conference on 15th and 16th December.

The Malmö Declaration was signed unanimously in November 2009 and outlines a vision of eGovernment to be achieved by 2015.  The three main objectives are:

Let’s hope that the project is so successful that they make a film out of it. Well I’d watch it …

During the last 10 years, the world has focused on social media and the new forms of societal behaviour, including content generation, collaboration and sharing as well as network organisation. These behaviours and expectations, in particular transparency and access to data, new ways of interacting with government and democratic institutions will continue to develop, and profound changes in society are to be expected. Society has been confronted with “Open Government”, “Open Data” and “Open Access”. What have the experiences been so far? How do these impact society, democratic structures and organisations? What changes occur at citizen level? What are the implications for democracy, society, science and business?

CeDEM11 presents the following tracks, which focus on these changes:

Deadline for submissions of papers and workshop proposals is 1 December 2010. Submissions shall be 12 pages maximum.

END_OF_DOCUMENT_TOKEN_TO_BE_REPLACED

Photo by fRandi-Shooters on Flickr.com

The past decade has seen a significant increase in the number, variety and quality of eParticipation trials, particularly in Western and Southern European countries. The impulse of the European Parliament and the financial support by the Commission have been instrumental in establishing a pan-European community of practice, made up of academia, governments and solution providers from virtually all EU Member States.

END_OF_DOCUMENT_TOKEN_TO_BE_REPLACED

Grants for Greece – Where does our money flow?

In times of a global financial and economic crisis, the U.S. State of Texas might be a role model. Susan Combs, Comptroller of the State of Texas, is a pioneer for more transparent budgets. Since 2007, the portal “Cash Drill: Transparency at Work” has enabled all citizens and the press to evaluate the state budget of Texas and to analyze it according to various criteria (Cash Drill: https://www.window.state.tx.us/comptrol/expendlist/cashdrill.php). Various search tools are available under the “Where the Money Goes” banner. They help to create spending overviews by agency, by category, by vendors and by purchasing items. Additionally, comparisons of previous expenditures are possible with the planned budget of an agency. Such an evaluation is made possible through a data warehouse that contains these information accessible in multiple languages. Citizens also have the opportunity to communicate their experiences, impressions and to give tips for suspected corruption directly. END_OF_DOCUMENT_TOKEN_TO_BE_REPLACED

Open access to government data is an important factor in modernising how government and democracy works and is closely related to the development of electronic forms of participation. Sometimes the discussion about Open Data is quite abstract or technical – but it does not need to be.

The six minute talk by Sir Tim Berners -Lee gives a short and passionate introduction to why Open Data matters and how it can be used to improve people’s lives:

If you got 15 more minutes at hand take a look at Mr. Berners-Lees talk on “the next Web” which also features the Open Data topic: END_OF_DOCUMENT_TOKEN_TO_BE_REPLACED