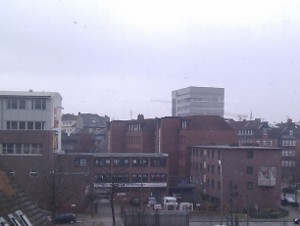 It *is* snowing outside my office

Like the snowflakes that are starting to cover a wintery Hamburg, the votes for this petition are coming in thick and fast. As I write, 131,458 people have put their names to a petition calling on European governments, members of the European Parliament and the President of the European Commission to “adopt effective regulations for the European Citizens’ initiative”.

The European Citizens’ Initiative was introduced in the Lisbon Treaty and on 16th December the European Parliament will propose regulations to set out in more detail exactly how it will work. The online petition, hosted on the Avaaz.org petitions website, demands that unnecessary hurdles to participation be avoided, for example requiring that people who sign European Citizens’ Initiatives in the future be asked for their ID card or passport numbers.

The full text of the petition is:

“As EU citizens who want to engage in European politics, we call on you to adopt effective regulations for the European Citizens’ Initiative (ECI). Initiatives should be given enough time (18 months), and they should not require signatures from more than one-fifth of the Member States. Demanding ID or passport numbers from signers is an unnecessary hurdle that should be avoided. Citizens must be able to present initiatives in a public hearing with the Commission. The ECI must encourage and facilitate citizen participation.”

What do you think? Will you be signing?

Thanks to Janice of PEP-NET member Involve for bringing this to my attention. As always, tip-offs about European eParticipation are always welcome so get in touch if there’s something you think I should know about!