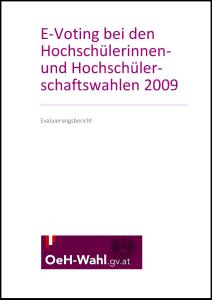 Our Conference Proceedings of the 3rd International Conference on Electronic Voting, which was held from 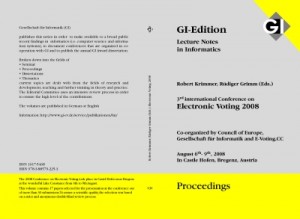 7th to 9th of August 2008 in Castle Hofen, are now online. Exactly one year after the opening session we are glad to publish them on the web. You can download the PDF here.

This year’s proceedings contain the seventeen papers selected for the presentation at the conference out of more than forty submissions. To assure scientific quality, the selection was based on a strict and anonymous review process. The papers cover the following subjects: e-voting experiences, social, legal, political, democratic and security issues of e-voting, as well as solutions on how to (re)design election workflows, and finally how to implement and observe electronic voting systems.

You can order the proceedings in print for EUR 19,70 (+shipping & handling) by sending an e-mail to office@e-voting.cc.

The fourth International Conference on Electronic Voting is coming up. There’s still one year to

go, nevertheless our first call for papers folder is out now! Please click on the image to download the folder as a PDF.

For the fourth time since 2004 our exclusive conference with hundred key experts and deciders from all five continents will be held from the 21th until the 24th of July 2010. The venue will be, as in previous years, the beautiful Castle Hofen, which is situated in Lochau in the vicinity of Bregenz and Lake Constance.

The conference will focus on all aspects of electronic voting, such as legal, technical, social, political questions as well as reports on implementations and practical experiences throughout Europe and the world. There will also be workshops on different topics held by designated experts in the field. The regular Conference Fee will be 300EUR (incl. VAT). The event is limited to 110 visitors only.

Social activities such as the legendary dinner event “Käsestraße” or a visit of Giuseppe Verdi’s opera “Aida” at the floating stage in Bregenz are the highlights after the work has been done. We will also host a Pep-Net meeting in the fore field of the conference.

The time line for submission of the papers is as follows:

If you are interested in submitting you paper or in attending the conference, send us an email with your inquiry to: 2010 [at] e-voting.cc.

Posted in members, News | No Comments »

The e-card has since then been issued 8.5 million times according to the official website. 11.151 partners accept the e-card in doctor’s practices all over Austria and it has been used 405 million times for this purpose. But the e-card is much more than a tool for more efficient social security administration. END_OF_DOCUMENT_TOKEN_TO_BE_REPLACED

The Austrian Federal Computing Centre (BRZ) was in charge of designing, setting up and implementing the online platform. The survey consisted of ten themes related to which e-Government and e-Participation services expats want from Austria. Three of them were to be picked as a choice, an own suggestion could also be added. The answers were weighted, points were given according to the relative importance. The themes were:
END_OF_DOCUMENT_TOKEN_TO_BE_REPLACED 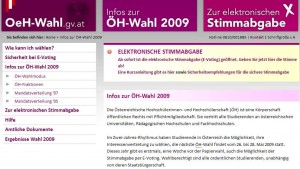 Today at 08:00 am the first legally binding electronic election in Austrian history went online! The Austrian Federal Student Union is being elected starting today morning and running until Friday via a remote electronic channel. Next week from Tuesday the 26th until Thursday the 28th of May an ordinary, paper based voting channel will be opened to ensure.

The paper and the electronic votes will be counted on the 28th and hence the result should be available  around Thursday evening.

The voting system was programmed by the Spanish E-Voting specialist Scytl and is hosted at the Austrian Federal Computation Center. The Austrian Ministry of Science and Research is the initiator, Robert Krimmer from E-Voting.CC is consulting the implementation process.

The going online of the voting system this morning went as planned. A minor problem although occurred with the Intranet connection at the BRZ but this was quickly solved and did in no way affect the voting system itself.

We are glad and also a bit proud, that this project is now successfully in the “delivery phase”, we hope everything will keep running smoothly!

Finally our newest project has been released and delivered to our readers: The biannual free special 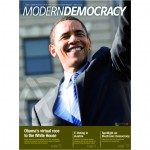 interest magazine “Modern Democracy” by E-Voting.CC.
As I have announced in an earlier entry we issued the first edition of our magazine dealing with selected topics in the field of E-Democracy and it’s newest developments. The magazine is distributed all around the world.
Before I give you a quick overview of the contents, I want to thank all of you who have mailed us the registration coupons. The responses were overwhelmingly positive and gave us the affirmation that such a magazine is needed and wanted. Thank you for all the positive feedback!

The first article deals with the upcoming student union elections in Austria. This event will mark the entry of Austria into the list of countries with legally binding electronic elections. Students will be able to cast their vote via Internet from May 18th until May 22nd – one week before the paper election. The results will be counted after the last polling stations are closed.
The intention behind this project is to give every student an easy and uncomplicated way of participating in these biannual elections and to innovate the Austrian voting procedures.