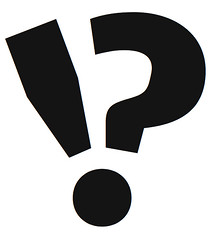 For almost a decade I have been involved in the conceptualisation and realisation of eParticipation projects. Most of these projects were so-called moderated online discourses.

The basic idea of these discourses is to create a meaningful link between the general public or the electorate and politicians or governments, between those considered to be affected by political decisions and those who have to make the decisions.

The methodology we have developed for conducting moderated online discourses is called DEMOS. It has been designed to keep the threshold for participants as low as possible while simultaneously enabling a structured and result-orientated discussion. Users can contribute anonymously and spontaneously, they can participate actively or as observers, they can write contributions, take part in polls or surveys or communicate with other users. The one requirement is registration, including a valid email address.

We – my team and I at TuTech Innovation GmbH – have applied this model to different themes and locations with varying cultural and environmental backgrounds. Whenever we talked to the people responsible for deciding whether or not the public should be involved online, we were asked almost identical questions and confronted with similar objections.

I thought it might be worth discussing these questions openly in a series of blog posts. Here is my answer to the first out of the five questions:

There are two problems which make it hard to answer this question straight with yes or no. The first problem has to do with the term general public. This term is usually used in opposition to politician or elected representative. But there is a second underlying distinction which is that between layman and expert. Seen from this perspective the public is on the layman side of the equation. Members of the public are those lacking in-depth knowledge about specific policies and are furthermore neither able nor willing to think in terms of the general public interest.

Although it is very likely that some participants will always confirm this cliché, it is only half of the truth. The other half is that citizenship is only one of the various roles we all have to play in modern society. Whatever else we are, we are all citizens. And as long as an online discourse manages to attract participants with different professional backgrounds, a lot of expertise will be available from which the discussion can benefit.

The second problem has to do with the difference between the capability of the individual and the results achieved by the cooperation of many participants. In that regard especially, online discourses have the ability to widen the limited horizons of individuals. Particular views and arguments will be challenged by opposing statements and, in most cases at least, the weakest arguments will quickly be sorted out by the online community. Furthermore, different aspects will be addressed by different participants and fit like different parts of a puzzle. Shining a light on all imaginable aspects of a given subject in a very short time can be regarded as the biggest strength of online discourses.

For these reasons my final answer is: yes, we are!